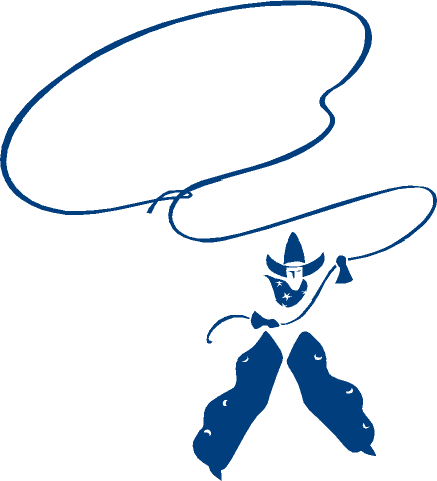 I found some interesting things, some outrageous things and some things that are just plain dumb to close out the week and head into the week end. Here we go…

Quote of the Day:“Intellect is not wisdom.” ~ Thomas Sowell,

CNN and the left cannot complain about this happening because last week the network dug through Monica Crowley’s old tweets and blog posts after President Donald Trump appointed her as assistant treasury secretary for public affairs.

So why can’t the left complain about this?

Remember, back in 2016, Crowley withdrew from consideration for the position of senior director of strategic communications for the National Security Council after Kaczynski’s team accused her of plagiarism in her book and doctoral thesis.

So a week after Trump picked Crowley, Andrew Kaczynski decided to go after Crowley again. His team brought up old tweets and blog posts from Crowley that criticized President Barack Obama for his support to build a mosque near Ground Zero, wondered about his loyalties to America, and questioned why it took him so long to produce his birth certificate.

Whatever. It just seems to me Kaczynski has it out for Crowley for some weird reason.

Mueller Hearing Is a Disaster For the Ages

Here’s the investigation we need now: a blue-ribbon panel revealing who in the world thought Robert Mueller’s testimony would be a good idea.

Was it Jerry Nadler and Adam Schiff, the chairs of the two committees that dragged this poor man through this needless hell? Was it Speaker Nancy Pelosi, in a last-ditch effort to gin up a narrative for impeachment? It surely was championed by the media culture as a day of history, a high-stakes moment in time that would surely resonate.

Well, it resonated, all right, echoing across a landscape filled with expectations based on political interests. President Trump’s supporters expected a validation of their dismissal of the Mueller probe as an empty exercise. His enemies breathlessly sought, at long last, something to bolster their years of telling us that his downfall is just around the corner.

But my empathy has its limits. Mueller is still the man who willfully dragged America through years of unnecessary and expensive drama. He is still the man who lamely tried to sell excuses about why he said he found no collusion but denied us that clarity on obstruction. And to this day, he seems to harbor the bizarre notion that he had the power to exonerate. 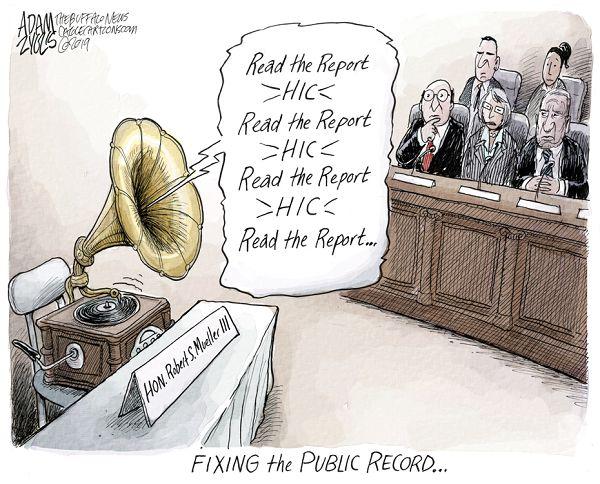 Feminist: ‘Twitter Is in the Business of Protecting [Trans] Predators and Silencing Women’

Last year, Twitter permanently banned Canadian feminist journalist Meghan Murphy after she confirmed the identity of Jonathan Yaniv, an activist accused of sexual harassment who claims to identify as a woman under the name “Jessica.” Canada had a publication ban on Yaniv’s name, but the ban was lifted earlier this month.

The truth has come out about Yaniv, and it isn’t pretty: he appears to have a fascination with women putting in tampons; he has allegedly harassed at least one 14-year-old girl; he tried to force women in waxing studios to wax his private parts and filed human rights complaints against them when they refused; and he tried to orchestrate an event to have 12-year-old girls topless in a pool without parent supervision.

Now Murphy is speaking out, condemning Twitter for banning her to protect Yaniv. She sued Twitter early this year.

“Twitter is in the business of protecting predators and silencing women who try to hold those predators accountable,” she told PJ Media in an interview Thursday. “Twitter should be humiliated. They allowed this predatory man to have me permanently suspended from Twitter just for acknowledging that he was the one responsible.”

If an ‘ordinary’ (if that is the word) axe murderer were running around at a public school, wouldn’t it have made sense to get the criminal out as quickly as possible? No niceties, just get the beast the heck out to protect the kids.

In the sanctuary city of Los Angeles, things are different for illegals. Twenty-two MS-13 members who’d chopped up a classmate and ripped his heart out at a Panorama City neighborhood school were apparently left to do what they do by authorities, and anyone saying anything about it or wondering where the disappeared kid was got sanctioned and punished. The remaining kids were reportedly so scared they wouldn’t talk about it, according to the report. What a nightmare school going to that school must have been and probably still is.

Here’s the Fox News report, drawing from a Los Angeles Times story that described the MS-13 criminal spree as something that just, sort of, “spilled over”:

Students, parents and teachers at a California high school community are expressing unease this week after it emerged that administrators – following instructions from police – kept them in the dark about classmates who allegedly were linked to violent MS-13 activity, a report says.

The community at Panorama High School told the Los Angeles Times they received few to no details until prosecutors last week announced murder and racketeering charges against 22 suspected members of an MS-13 clique in the Los Angeles area. Six Panorama students, the newspaper adds, were detained in February 2018 with no explanation. They are now linked to the off-campus killings of a classmate and another individual allegedly carried out by the clique, investigators revealed.

And yes, nearly all of the arrested were illegals. They were allowed to walk around among schoolkids and continue their business until authorities could close in on them for multiple grisly murders. The kid who got his heart ripped out in the canyon after being lured there by a female teenaged gang member apparently was here illegally, too. And according to Homeland Security’s Ken Cuchinelli, five of these charmers were asylum seekers.

Robert Mueller was revealed to be an empty suit during his feeble performance before the House Judiciary and Intelligence Committees on Wednesday, unable to answer questions on a report that it became painfully clear he could not defend because he did not write it. The true author is likely longtime associate Andrew Weissmann, often called Mueller’s “pit bull,” who perhaps should also have the title of Mueller’s “Rasputin.” As Rep. Louis Gohmert, one of Mueller’s  questioners, told Tucker Carlson Wednesday night:

Additionally, one of Mueller’s deputies, prosecutor Andrew Weissmann appeared to be the main force behind the Russia investigation, Gohmert claimed Wednesday on “Tucker Carlson Tonight.”…

Elaborating on his view of the deputy prosecutor, Gohmert claimed the proceedings showed the power he claimed Weissmann had while working under Mueller.

“It’s also clear from the hearing today that Weissmann was the driving force behind all this,” he claimed.

Weissmann’s record speaks to his ruthlessness in pursuing a target doing such things as withholding exculpatory evidence.

Ilhan Omar Claims White Men ‘Cause Most Of The Deaths’ In America. She’s Wrong. Here Are The Facts.

Imbecilic bigot Rep. Ilhan Omar (D-MN) claimed in a recently resurfaced interview on Qatari propaganda network Al Jazeera that Americans should be “fearful” of white men who are “causing most of the deaths within this country.” These racist and blatantly false comments came in response to a question about Islamophobia. The interviewer asked if Islamophobia might be the result of a reasonable fear people have about Islamic terrorism. Omar could have responded that we shouldn’t fear anyone based on race, ethnicity, or religion, and that each person should be judged according to his or her own merits — but instead, she took the opportunity to fear monger about the dreaded white man.

According to the Department of Justice, white people (not just men) commit about 45% of the murders in the U.S. That seems high until you consider that white people are over 60% of the population. Whites are therefore underrepresented in the homicide department by about 15%. Blacks commit a little over 50% of the murders in America, despite accounting for only 13% of the total population. Those are the simple facts of the matter. Facts cannot be racist. Lies can be racist. Conclusions can also be racist. Ilhan Omar took a racist lie (that white men cause most of the deaths in America) and drew a racist conclusion (that we should therefore fear white men). It’s a racism double whammy, of sorts. 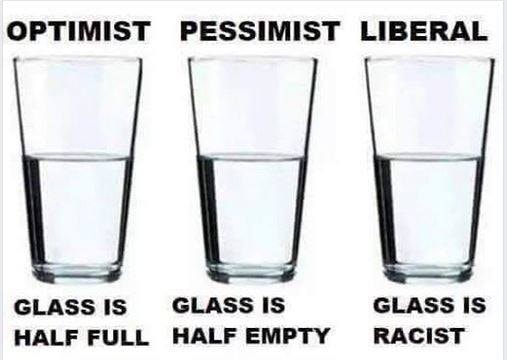 Ginsburg praised Kavanaugh, along with conservative 2017-appointee Justice Neil Gorsuch, in response to a loaded assertion by Duke Law Professor Neil Siegel. In comments highlighted by National Review, after Ginsburg gave a 30-minute speech focused on the 2018 term, Siegel said in the Q&A that he worried that “nominees for the Supreme Court are not chosen primarily anymore for independence, legal ability, [and] personal decency,” and wondered aloud “if that’s a loss for all of us.”

Ginsburg clearly understood Siegel’s subtext and came to the defense of both Kavanaugh and Gorsuch.

“My two newest colleagues are very decent, very smart individuals,” Ginsburg said. As evidence of their fair-minded competency, she noted that “she assigned two opinions to Gorsuch and one to Kavanaugh during the last term, something she was only able to do only because the two justices senior to her on the court (Chief Justice Roberts and Justice Thomas) were in the minority,” National Review’s John McCormack notes.

Crickets’: Not one House Dem — out of 70 contacted — was willing to go on ‘Fox News @ Night’ after Mueller hearing

A few hours before Shannon Bream’s “Fox News @ Night” show began, the journalist took to Twitter to announce that her staff “has reached out to roughly 70 Dem offices to get a Member to join our show tonight. Crickets. So, if you’re a House Dem and willing to talk about the Mueller hearing — let us know ASAP.”

The fact that politicians of any stripe would shy away from “Fox News @ Night” is noteworthy, given the show’s spot in cable’s Top 10 ratings and Bream’s reputation for fairness in reporting. Nonetheless, the late night anchor made it clear the invitation is still open if Democrats change their mind. 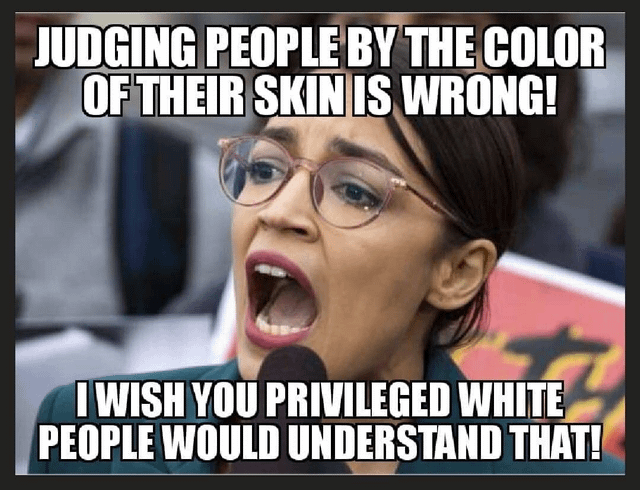 Have a wonderful day and please – Be Well!

This is an open thread.