If cartoons and cartoonists are any indication then the outrage twoards Facebook is far from over. Even the sleazy Stormy Daniels hasn’t calmed the trouble waters.

The cartoons are everywhere:

How did people think Zuckerberg got to be a gazillionaire? 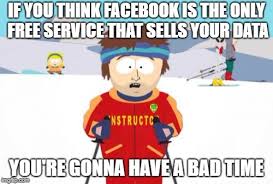 Many a truth in a simple little cartoon: 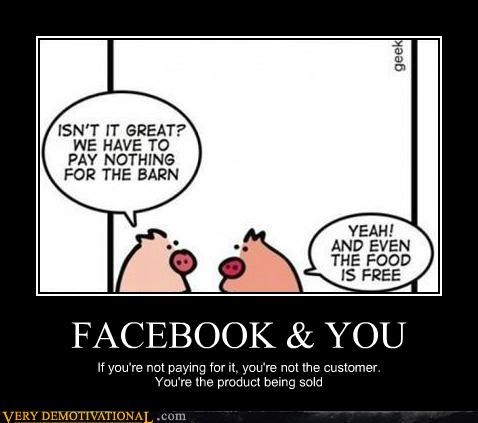 Then there is the whole bias against Conservatives thing.

F-bomb by Zuckerberg ain’t just an expletive. Although it seems to have caused a lot of them to be used. 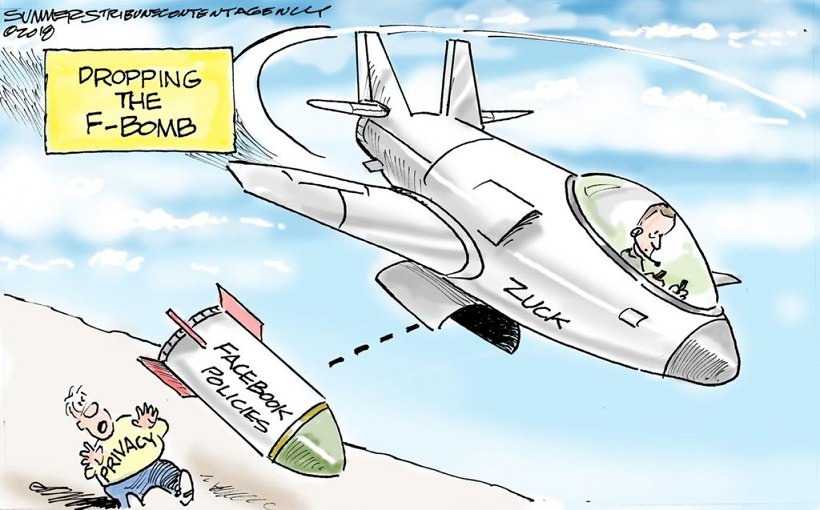 Zuckerberg got off relatively easy in the hearings since many of them wouldn’t know one end of a Facebook page from another. 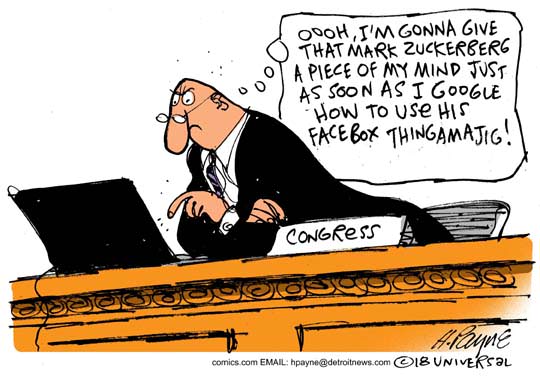 Not a doubt in my mind that the thought expressed in this cartoon is true. 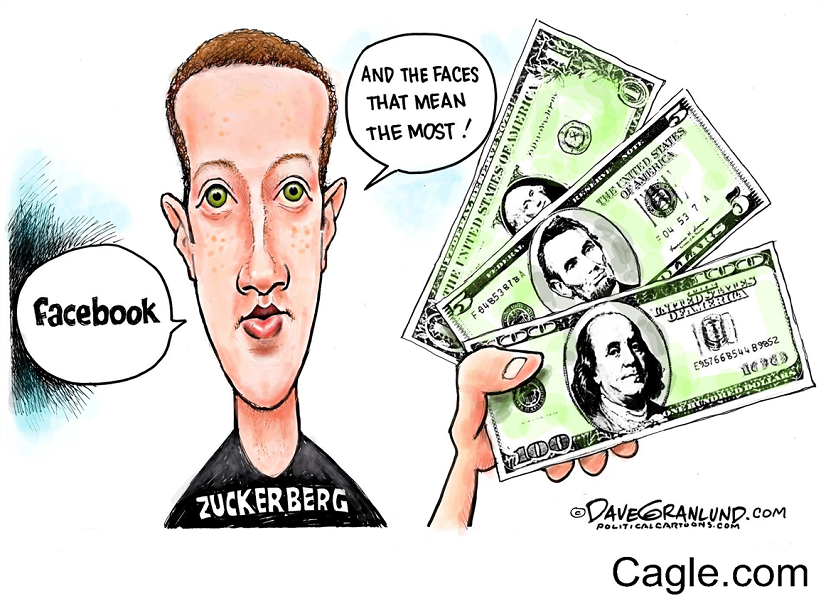 I suspect he does know the meaning of the word when it comes to his own personal privacy. 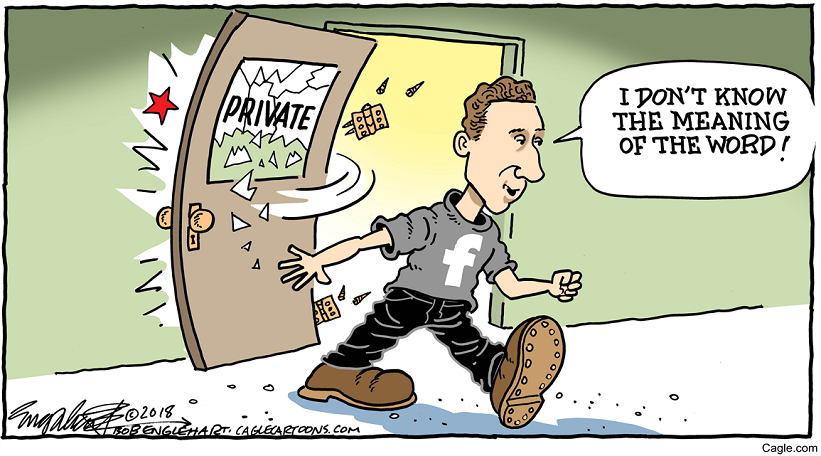 Funniest part of the whole outrage thing is that it comes from both left and right. First thing they’ve agreed on in a very long time. 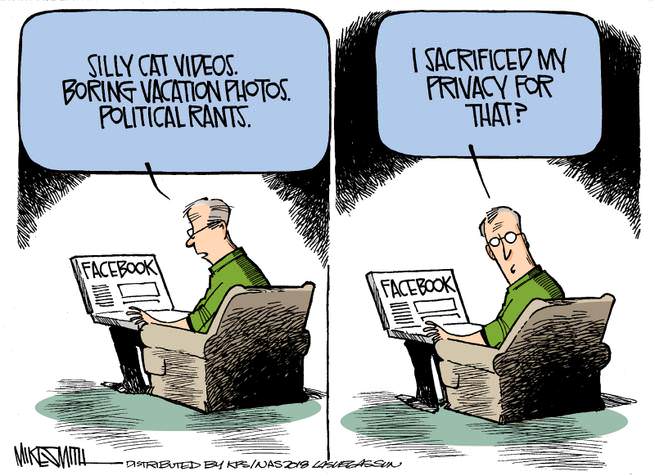 Not all that outraged is she? There are many more cartoons but I’ll just post one more. I think it covers the topic as well as any.

Y’all have a great day.

This is an open thread